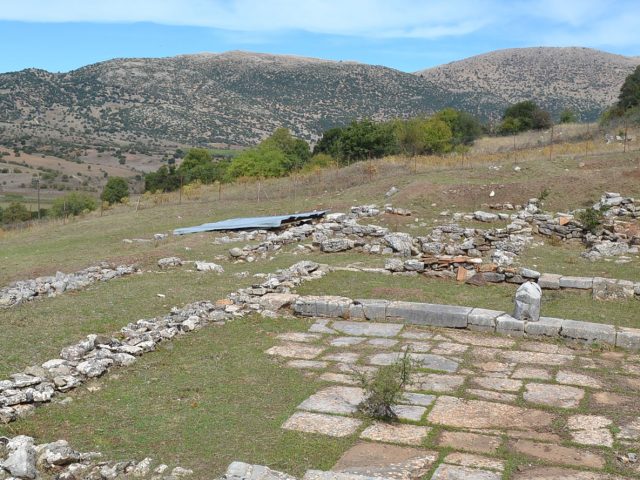 Lousoi was an important city of Arcadian Azania (such was the name on the Kleitora northwestern Arcadia), a holy nation-wide, the temple of Artemis Agenda. Located on the southwest side of the extension of Aroania mountains (Helmos), in particular in the western foothills of Lucius terms or Prophet Elias, in the valley of Soudena between Kynetha and Kleitoros. Tradition connects the sanctuary of Artemis with the seer Melampus (The Chief Psychiatrist of antiquity) that there cured of madness, with the intervention of the goddess, the daughters of the king of Tiryns Proetos great-granddaughter of Danaos. As a token of gratitude to the goddess daughters introduced female dances, they founded a sacred grove where he erected an altar which erainan blood of goats and sheep. Since then, the residents named Artemis Daily, Day, one that imerefei everything. In honor of the goddess was a great celebration, the DAY, in competitions where they took place and foreigners. Artemis was then “day” (good-natured, benevolent) with offerings and rituals in the sanctuary of. Near Lousoi village of Kalavryta Municipality, the Austrian Archaeological Institute has brought to light the great Arcadian town Lousoi while excavations are continuing. They excavated the temple of Artemis Daily, was […] 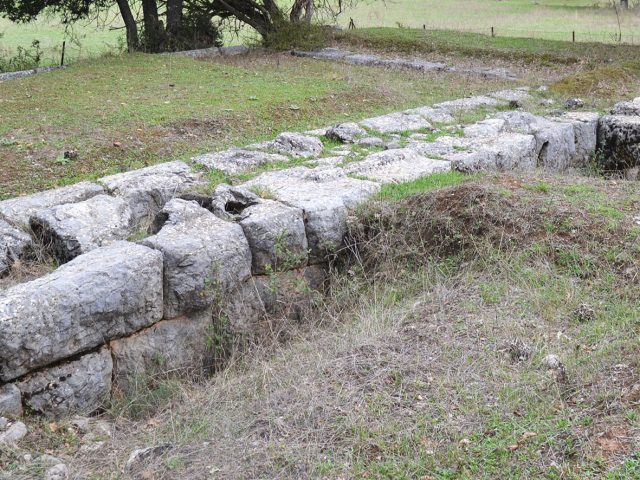 The Archaeological site of Ancient Kleitora located at village Ano kleitoria just 3 km from Kleitoria town. This is one of the most important cities of ancient Azania and because it is built on a plain, like other Arcadian cities, it is surrounded by strong walls for protection, which currently do not have survived in good condition, because the material was used in post-Byzantine and later years to build the houses in the surrounding villages. The wall is reinforced by distances from semicircular towers built during the Hellenistic period. The latest excavations have revealed an important part of the fortifications and towers and part of the ancient theater which is not in good condition. In front of the theater in a proper place every summer important theatrical performances are played due to the fact that the situation of the ancient theater does not allow using it. According to tradition the city took its name from Klitoria’s son, Azana.

The vine of Pausanias are huge trunks of vines that spread over trees (oaks) in the churchyard of St. Nicholas in the village Pagrati between Achaia and Arcadia borders. Vine of Pausanias is a significant monument of nature in the area. It was named by the historian Pausanias when he visited the area. In his Arcadian Pausanias mentions vine as a phenomenon peculiar. It’s age estimated at about 3000 years and length of 100 meters.

Just 4,5km away from the center of Kalavryta located the monastery of Agia Lavra, surrounding by many trees. Right of the main entrance of the monastery is the church where it is declared and blessed the revolution by the Bishop Paleon Patron Germanos during the feast of the Annunciation in 1821. The revolutionary flag that was raised on the revolution of 1821, today it is stored in the third monastery that is built since the revolution because the second monastery burned by Ibrahim and it was saved only its catholic place. The third monastery also destroyed by earthquake, fire and the Germans in 1943, but rebuilt.Also saved are the diamond encrusted Gospel, which were a gift from Catherine the Great and the vestments and the pastoral rod of Paleon Patron Germanos. The collection complements a large number of crosses of precious stones and other important objects of worship. From the large collection of images stands out the image of Saint Panteleimon dated in the 1600. On 25th of March every year, there are many celebrations with the mainly one to be the representation of the assembly of the chieftains and the raising of the revolution flag. Opening hours of the […]

The Monastery of Agia Lavra